Technetium is a Bitbucket Data aggregation tool built using Bitbucket’s RESTful API. It features a centalized issue tracker, repository subscription manager, and reports/graphs which enumerates the commit/issue activity of each user in a subscribed repository.

Special thanks to Jorge Yau for his guidance and contributions towards making this a great project. Feel free to check out his works.

The main entry feature of Technetium is the Subscription manager, which allows the user to “subscribe” to any repository which they have read access to.

By subscribing to repositories, users can then use the centralized issue tracker along with the report generation features.

The core feature of Technetium is the centralized issue tracker, which allows the user to view issues across several subscribed repositories in a single page. By default, each repository will display 10 issues at a time. Clicking the “show more” will fetch the next 10 issues using AJAX, and each issue is linked to the corresponding issue on Bitbucket, while the filters allow issues to be drilled down based on type and status. 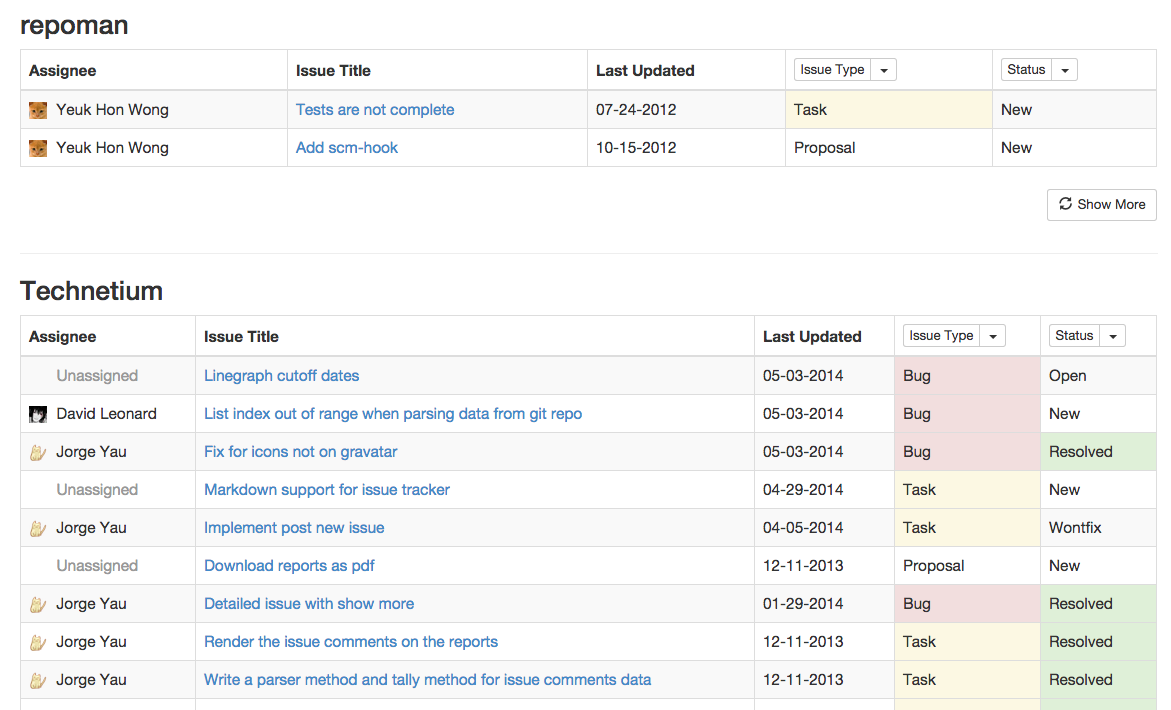 This feature has come in handy for various developers who are looking for a free alternative to tracking issues across several projects. 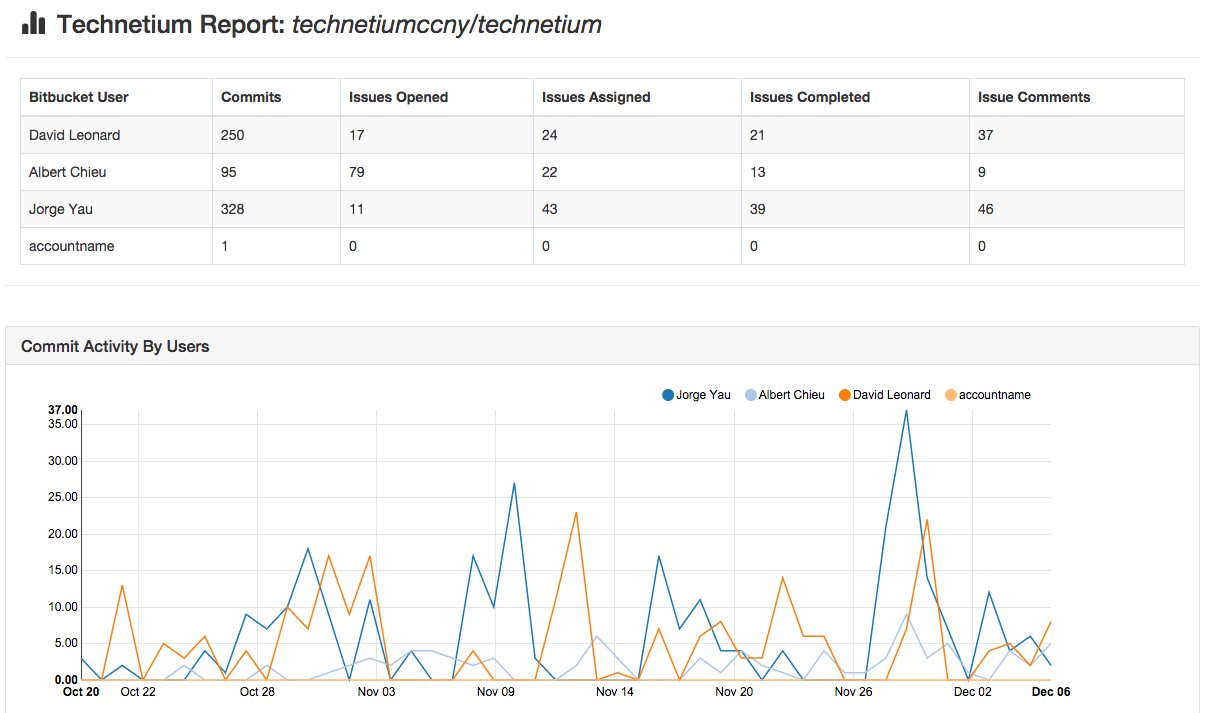 Reports are built using the grequests library for handling multiple requests and the nvd3 library for d3 wrappers in Python.

Currently, Technetium is being used within several classes at the City College of New York - both by Professors and students. Professors track reports in order to gauge how students are performing on group projects which are using Mercurial, and students generate these reports to easily give presentations week by week.

The source for this project may be found here. If you find any bugs or have a feature request, feel free to send a pull request or file an issue. Thanks for reading!